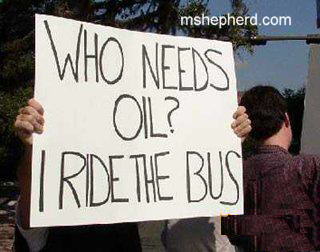 If you’re wondering why stupid people still walk amongst us, it’s because individuals such as the one holding this sign continue to pollute the gene pool.

Now and then I will get such a person at my store. In fact, the other day, such a lady presented herself. When we stock shelves, we often will put a full unopened carton on the bottom, and an open box on the top from which customers can grab individual sales. In this particular instance, the open box on the top had sold out so our “rocket scientist” grabs the entire box from below and attempts to argue the case with our cashier that she should get a BOX of 36 Snicker Bars for 65 cents because that is what the sign said.

I wonder if these people are actually so ignorant as to think they are going to get 3 dozen candy bars for under a dollar or are they trying to bully their way to the “deal of the century”? In any event, I’m thinking we need to keep a “Stupid-Stick” behind the counter to beat these people with!

Question Of The Day 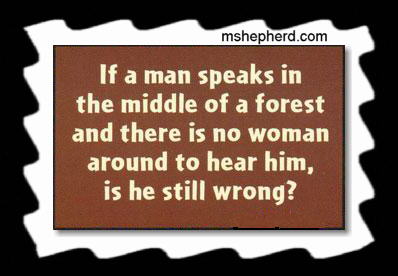 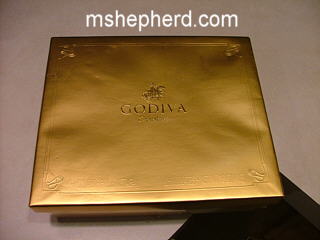 My wonderful Sister gave these as a present to Wendy & I for Easter. These things are for wealthy folks! Wendy and I are accustomed to Hershey’s, maybe Whitmanâ€™s at best! Suffice to say, we have been excited to give them a try. I mean, we’re in our late twenties and tonight was the first time we’ve ever indulged in these “critters”. Just opening the box was a breathtaking experience! Look at all the gold foil and pretty wrapping. The chocolates themselves were more attractive than Angelina Jolie in a … umm, never mind!

So we sampled a few each and I must say there were very good! But were they good enough? I actually have no clue as to how much they cost, I’m just assuming they were expensive. Perhaps my palette isn’t sophisticated enough to truly appreciate the finer things in life as of yet. I’m the type of dude who is perfectly content with Rice-A-Roni & Taquitos for dinner whereas my Sister’s ideal supper might run along the lines of a rare salmon pan seared with an exquisite wine sauce.

Thank you Sis for thinking of Wendy and me on Easter. I do love you and we shall finish the Godiva’s but when they are gone, I’m thinking we’ll just stick to M&M’s + MilkyWays until our taste buds “grow up”. 🙂 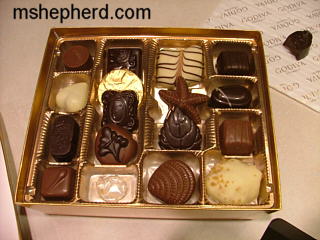 I just pulled the photos from my camera’s memory card and thought I’d share a few pix we snapped during our Easter Dinner. The family went to a nice Restaurant in Gettysburg, PA. After eating, we all “Bunny Hopped” to the local Dairy Queen for a treat. Here they are…

Photographic evidence that Wendy got “hammered”.

My Father Isaac, the “Patriarch” of the family.

My Sister and her Son Derek (My Nephew).

Erick in a rare moment allowing his photo to be taken.

Mark attempting to shove the entire cone down.

My side of the family again with Sister’s hubby in background.

My life feels quite surreal as of late. After I got off from work today, I had to drive into horrendous traffic to make it to Borders Book Store and buy out all their copies of
The Wall Street Journal. Over the last week, Wendy has done a couple of phone interviews with a reporter of theirs by the name of Kelly Spors. Today, the article was published in which Wendy was touted as one of the few “Super Affiliates” on the Net.

As I write this, I’m pondering our situation. One of the largest, most prestigious financial publications in the world saw fit to track down my Wife for her professional input as a pioneer of her trade. Her insight will perhaps be digested by some of the most powerful and influential business minds of our era. This is the very same woman who just made me some Rice-A-Roni and Taquitos for Supper. Yes, very surreal. 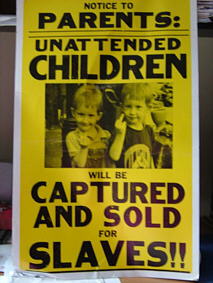 Anyone who has worked a good length of time in retail can relate to this topic. This is perhaps our greatest frustration outside of thieves. A parent who allows their child to terrorize the store. We in retail toil long and hard to keep our stores neat and clean and all it takes is a single child on a rampage to ruin our day.

It starts at the front door as the five year old boy and his mother come in a grab a shopping cart. It’s about now when the “little guy” pulls the wad of chewing gum from his mouth and throws it on the carpeted floor. The Mother, noticing this, says in her sickly sweet calm voice, “Now Peter, don’t do that”. Then she continues on.

Peter then makes a mad dash to the toy section and proceeds to start ripping action figures from their packaging. Mom is now on the other side of the store contemplating the latest shade of Cover Girl nail polish. By now, Peter is bored with the Action Figures and starts spraying silly string, meanwhile Mom has moved on to mascara.

Twenty minutes pass, by which time play-balls can be seen bouncing down the aisles and several bottles of bubbles have been opened but only a few have spilled on the shelves and carpet. Mom has finally decided we don’t carry a blush dark enough for her liking and perhaps it suddenly dawned on her that the world is full of Perverts and she hasn’t seen her Tot in 30 minutes… but I doubt it.

She turns the corner just in time to witness little Pete take a wiffle ball bat and start beating the bejeezus out of the wind-chime rack. After the sound of 87 wind-chimes simultaneously falling to the floor dies out, Mom’s sickly sweet calm voice can again be heard… “Now Peter, don’t do that”. Lil Pete pays her no attention and grabs a Snicker bar from the shelf, rips it open and takes a healthy bite. The sickly sweet voice says “No Peter, put that back, you’ve already had candy today. Mommy has to pick up her medicine”. Peter throws the half eaten candy bar on the floor.

While mom is at the Pharmacy counter stocking up on her Valium and Zanax, Petey has discovered the neat little machine that dispenses coupons. He pulls one out, throws it on the floor and another magically pops out! Lil Pete thinks this is so very kewl and for the next five minutes these coupons are flying around like confetti!

As Mom’s monthly fix is now secured, she turns from the counter, wades through Pete’s pile of crumpled coupons and that sickly sweet calm voice rings out… “Come â€˜on Peter, time to go!” leaving behind in their wake, utter destruction and mayhem. 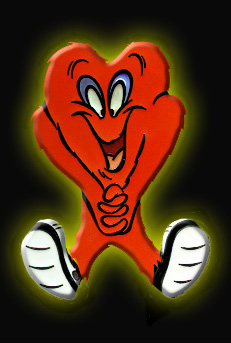 One of the parenting lessons I’m still learning is that my children do indeed listen to conversations going on around them. Never take for granted that your child is tuning you out in favor of the Cartoon Network or the merry melody being generated from their hand-held Nintendo. The snippets of information they pick up is amazing! For instance, a couple of days ago I’m at my keyboard typing away when my youngest boy Mark, who is six years old, comes to my side and says…”Daddy, that commercial on T.V. is a big liar!” Of course I ask him why he thinks that to be so, to which he replies “because they said Dell is the best computer in the world!” After a hearty chuckle I told him he was indeed correct about the commercial being a “big liar”, then it dawned on me that Wendy and I had a conversation earlier in which we were complaining about how noisy and slow the Dell we own is.

Another lesson that Wendy learned the hard way is that young children have zero discretion. Several years ago she was standing in line at the grocery store and Erick turns around, points at the lady in front of her, then loudly proclaims…. “EWWWWW, Mommy…. She FARTED!!”

I could go on and on with such stories but I am sure some of you have stories of your own. Care to share?

Posted in Personal | Comments Off on Children say the “Darndest” Things! 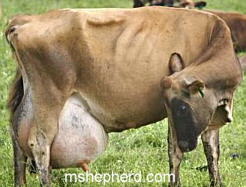 Stephanie commented on an earlier blog I made about how she was contemplating buying a cow to support the milk drinking habit of her 16 year old. Will this one do? 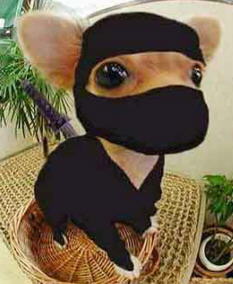 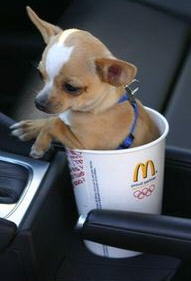 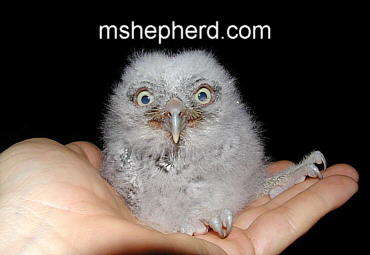